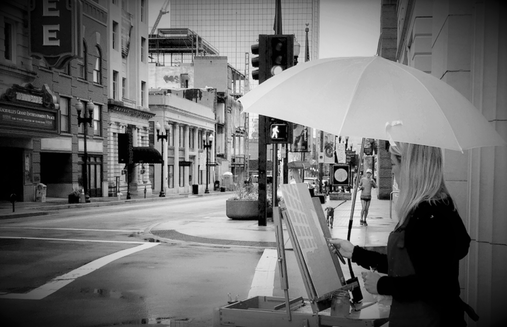 
​INNA NASONOVA KNOX
Her paintings are energy and time capture on a canvas.
Inna Knox’s vibrant colors and skillful use of a palette knife capture life and movement on the street. Her impressionistic oils sweep the viewer in, as if he or she were part of the scene.
Inna Nasonova was well known in St. Petersburg for her elaborate watercolor of The Church of the Savior on Spilled Blood. The magnificent painting was one of her top sellers with tourists.
She grew up in Russia, attending the prestigious St. Petersburg Art University in interior design and selling paintings to pay her way through school. She later graduated from fashion design school and worked as a designer and seamstress for well-to-do women.
But her artistic path didn't end in Russia. She immigrated to the U.S. in 2000, and happily ensconced in her studio in the Tennessee, Knoxville area where she also conducts painting classes.
STATEMENT
“My Russian grandfather was a painter,” Knox says. “He died three months before I was born. I started painting as a preschooler, but it wasn’t until I was a teenager that I caught a glimpse of one of his oil paintings. Painting is part of my nature. It’s what I do.
“In the last year, I’ve started focusing on local urban scenes. At first I was taking out people, signs and cars, but then I decided I wanted to leave them in. I like to record life and time in my paintings".

SEE HER WORK
Knox has sold more than 400 street scenes, landscapes, animals and commissioned portraits -- children portraits are her specialty. She has shown and sold her work in  Lithuania, Ukraine, Russia, Aruba and around the U.S. In 2015, she won Sponsor’s Choice in the plein air competition in the Dogwood Arts Festival. In 2016 she won Sponsor’s Choice at the Farragut Art in the Park in the plein air competition. In 2017 she won the People’s Choice Award in the Art Guild of Tellico Village show. Her work has been displayed at the Tyson McGhee Airport, Art Galleria, Art Market gallery, Nashville Bennett Gallery, and she is a member of  Art Market Gallery and Art & Culture Alliances.
She is showing her work at Art Market Gallery and Bennett Gallery in Nashville.

CONTACT HER
For information about her Art Classes or commissioned work,  email her at koroinna@yahoo.com. 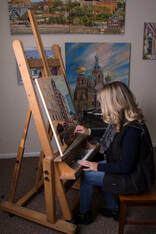 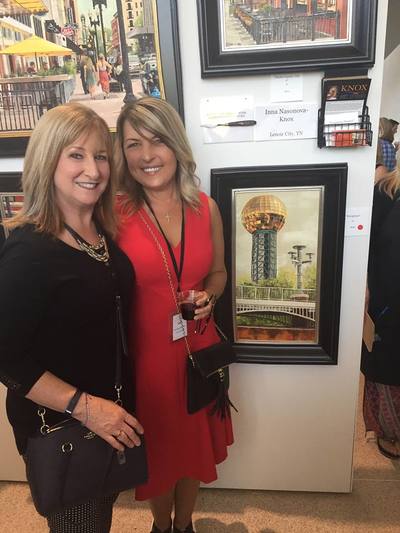 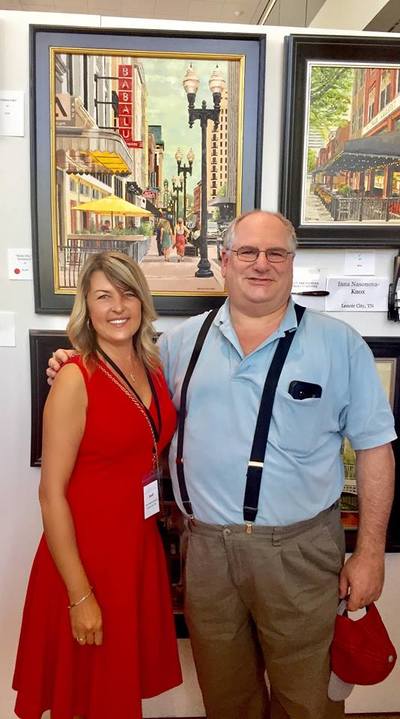 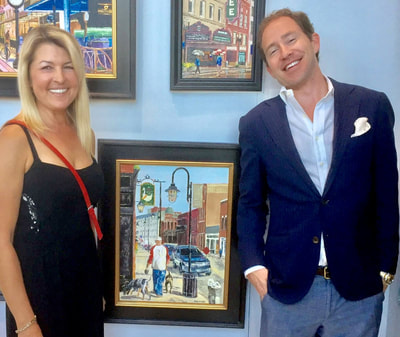 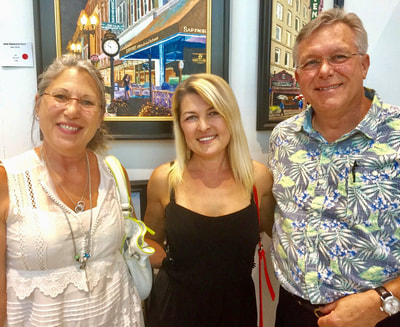 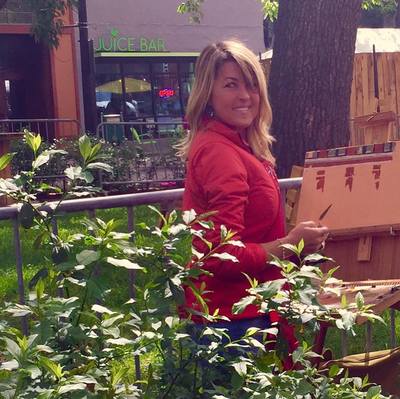 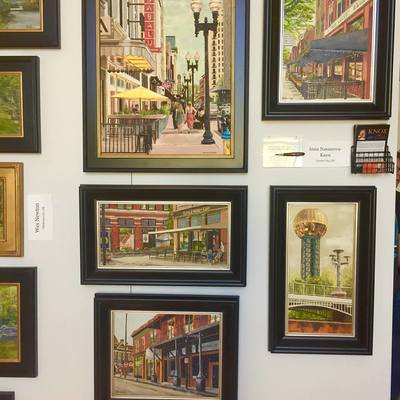 With Mayors of city of Knoxville and Knox county and Airport Show: 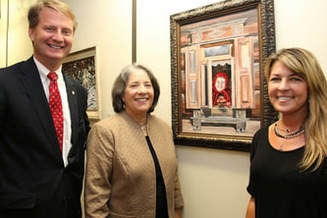 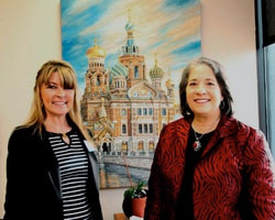 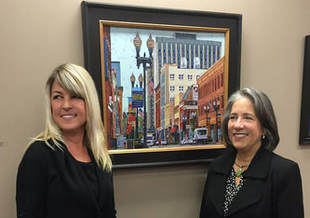 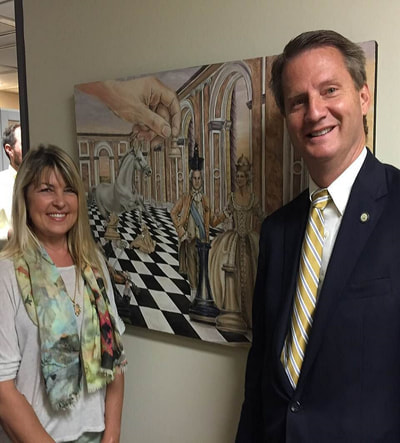 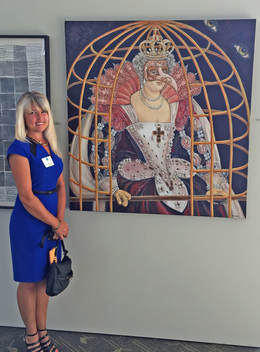 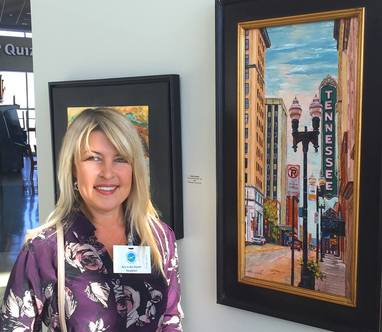 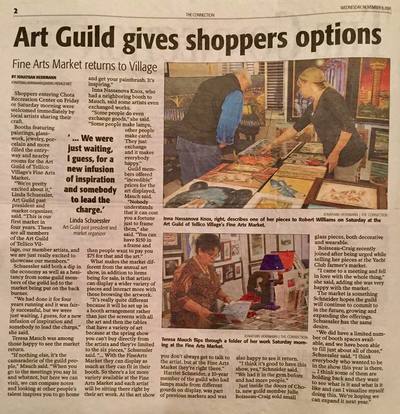 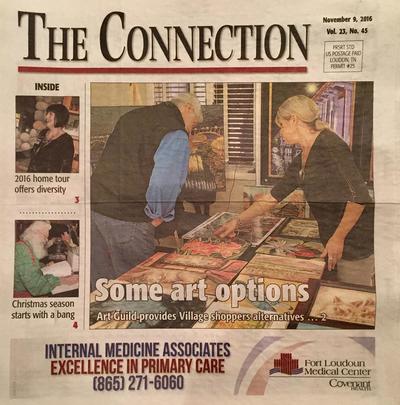 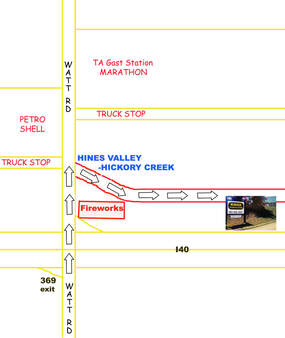